I’ve been travelling for two days to arrive at the start of the journey! Pilgrimage is like this. So many invisible steps and hurdles to overcome, just to show up. Every day, for all of us, is probably like this!

Cairo International Airport. Simon from the agency meets us. Simon the humble, who really is Peter the Rock. Visas are attached to passports, queues swiftly negotiated. We’re through to baggage on carousel 1. Everything’s here, though one suitcase has torn open, a pair of shoes fallen out. Take off your shoes, God commanded Moses in this land.

It’s holy ground we’re visiting. The Exodus journey, from pyramids to wilderness to promised land. We’re doing it in the heat of summer, for 14 days: dry desert air interspersed with air conditioning and swimming pools. How did the children of Israel manage for 40 years?

Straight from the airport through the “city of the dead” we drive. Graves greet us, lining the main road every pilgrim or tourist or local Egyptian takes, from airport landing to the pyramids. From the smallest memorial to the tallest pyramid, every grave serves as a sanctuary of passage, the holding place of preparation for the afterlife. The moment someone became pharaoh, he or she began building their tomb, waiting for resurrection. Tomb became womb to everlasting life. 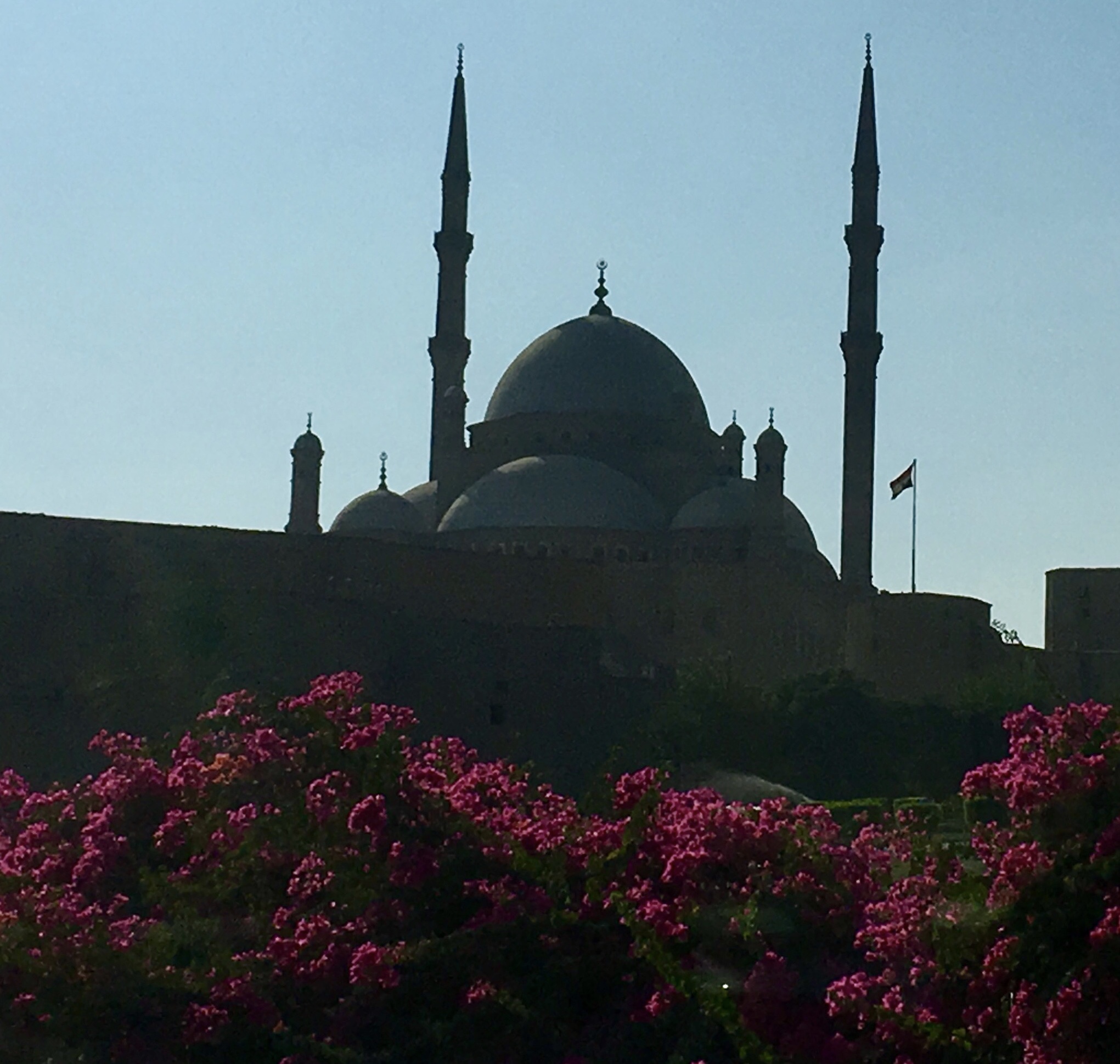 In the history of faith, Egypt itself serves as a sanctuary of passage, a portal to everlasting life.

Life and death always hang in the balance here. The banks of the Nile are bordered, on the west, where the sun sets, by hundreds of tombs. On the east, where the sun rises, are the palaces. Every morning and every night reminds these ancient people that we are here for a brief moment between sunrise and sunset.

Instead of heading straight to the pyramids, we choose to stop at a more recent marvel: the Cave Church in garbage city. Huge, hollowed out of a mountain, providing sanctuary of passage not to one pharaoh but to 20,000 weekly worshippers of Jesus Christ, this rocky wonder puts into reverse motion what the pharaohs and pyramids did thousands of years ago. At the pyramids, stones were piled up – we still don’t know how – to seal in the dead and keep out evil as they departed to the afterworld. Here, stones have been blasted away, and believers enter an enormous empty “tomb” – a cave – where sunlight pours in and songs of praise stream out. There’s no barrier between life and the afterlife here. The eternal is now.

It’s like our pilgrimage starts with the end of the story! Our journey will be bookended with caves: the Cave church in Cairo and the empty cave of the Garden Tomb in Jerusalem. Both celebrate the same thing: the Way, the Truth, the Life – heaven revealed, the passage opened, by the One who entered the grave dead and came out alive.

As we enter the Cave church, built by outcast garbage collectors who sort the city’s waste and make it holy, turning trash into treasure, we are greeted by joyful voices singing a rousing song, familiar in spirit though not to a tune or language we recognize. I touch the shoulder of a singing fellow believer, and I say, “Thank you!” Thank you for singing life into the city of the dead.

So our pilgrimage begins. Sunset on the Nile shines like sunrise to everlasting day once the stone is pushed away.

3 thoughts on “The pilgrimage starts with travel, trash and treasure”